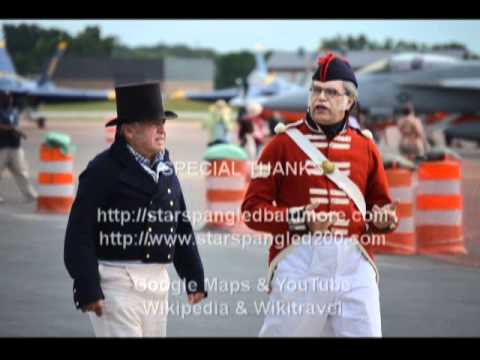 Star-Spangled 200, Inc. is the not-for-profit entity that supports the fundraising goals of the Maryland War of 1812 Bicentennial Commission.

WHAT: View military aircrafts up close at Martin State Airport(MSA), including FA-18s an E-2c Hawkeye, an MH-53 Sea Stallion helicopter and an A-10 Thunderbolt, and interview military personnel.

MSA is opening its doors for two full days of festivities. Visit MSA between 10 am and 5 pm on Sat and Sun, Jun 16 and 17. You will find free parking easy; take a free short shuttle ride to the festival area where you will see numerous exciting aircraft and meet their crews while they are on display. The E-2C or -Eye in the Sky-.

Then watch as some of those static aircraft line up in formation for take-off and become airborne. They will fly to Baltimores the Middle River at Fort McHenry. After the take-offs, get a good look at the Maryland Air National Guards own special aircraft, the A-10 which will stay at MSA, home to Marylands Air National Guard. Visit the historic A-4 Skyhawk, lovingly restored by the Glenn L. Martin Aviation Museum, along with other military aircraft.

Hang around for the landings too! Once the famous Blue Angels Jet Team returns to Martin State and engines shut down, some lucky visitors will meet the Blue Angels themselves and receive autographs!

In between times, visit the Navy Flight Simulator in the Festival Village. See the intricately crafted model airplanes. And snack on local Maryland cuisine. Be sure to save time for the Martin State Aviation Museum in Hangar 5.