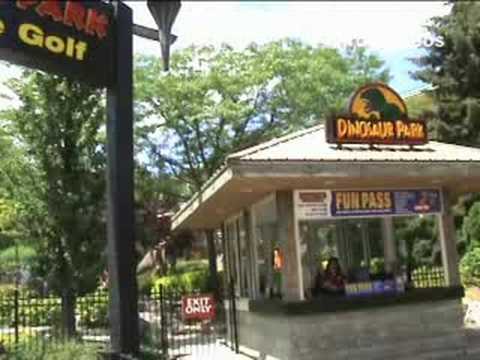 Niagara Falls are massive waterfalls on the Niagara River, straddling the international border separating the Canadian province of Ontario and the U.S. state of New York

Niagara Falls is composed of two major sections separated by Goat Island: Horseshoe Falls, on the Canadian side of the border and American Falls on the United States side.

The Niagara Falls are renowned both for their beauty and as a valuable source of hydroelectric power.

The most powerful hydroelectric stations are Sir Adam Beck 1 and 2 on the Canada side, and the Robert Moses Niagara Power Plant and the Lewiston Pump Generating Plant on the American side. All together, they produce about 4.4 GW of power.

the Rainbow Bridge, just downriver from the Falls, which affords the closest view of the Falls and is open to non-commercial vehicle traffic and pedestrians

Whirlpool Rapids Bridge - one mile (1.5 km) down from the Rainbow bridge and the oldest bridge over the Niagara river.

The newest bridge, the Lewiston-Queenston Bridge, is located near the escarpment.

The Whirlpool Aero Car is a cable car which takes passengers over the whirlpool on the Canadian side.

Bobby Leach and his barrel after his trip over Niagara Falls, 1911 Blondin carrying his manager, Harry Colcord, on a tightrope.

The Journey Behind the Falls - accessible by elevators from the street level entrance - consists of an observation platform and series of tunnels near the bottom of the Horseshoe Falls on the Canadian side.

Journey Behind the Falls - consists of an observation platform and series of tunnels near the bottom of the Horseshoe Falls on the Canadian side.

US side attractions - Observation Tower, Maid of the Mist, Cave of the Winds.

Prospect Point Observation Tower and a boat dock for the Maid of the Mist(US).