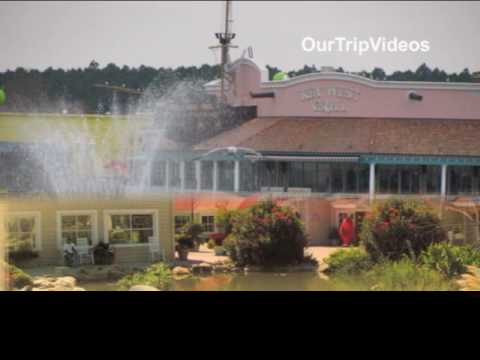 Myrtle Beach is a coastal resort city in South Carolina.

It is the de facto hub of both the Myrtle Beach metropolitan area and the Grand Strand, a complex of beach towns and barrier islands stretching from Little River to Georgetown, South Carolina.

Arising from a getaway for lumber workers from Conway, Myrtle Beach has rapidly developed into a major tourist destination in the Southeastern United States.

Myrtle Beach has a humid subtropical climate. The city experiences mild winters and a humid summer.

The Grand Strand area receives a large influx of visitors during the spring, summer and fall months, with over 10 million tourists visiting Myrtle Beach and the surrounding areas.

The areas attractions include the beaches and many golf courses, as well as a number of amusement parks, an aquarium, dozens of restaurants including seafood restaurants, the large shopping complexes as Broadway at the Beach or Coastal Grand Mall, the largest mall of South Carolina, an IMAX theater, dinner theater, nightclubs, and tourist shops.

The area is home to scores of hotels, many of which are beachfront hotels.

Since 1986, Myrtle Beach has been the home of a theater industry, spawned by Calvin Gilmore and his original Carolina Opry show, which continues to be a draw for tourists 23 years later.

Other attractions include the Myrtle Beach State Park and fishing. The area also has a Ripleys Aquarium and Hard Rock Park, an amusement park (temporarily closed).

Myrtle Beachs economy is mostly tourism-based, with tourism bringing in millions of dollars each season

The other attractions are :