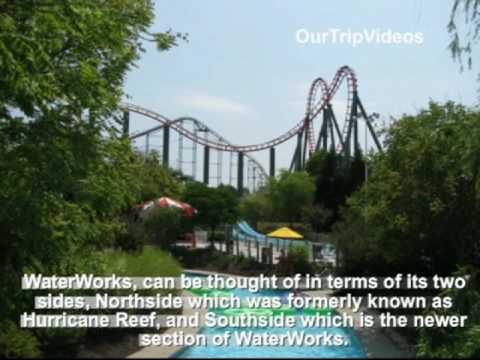 Kings Dominion is an amusement park located in Doswell, VA, 23 miles north of Richmond and 83 miles south of Washington, DC on I-95.

The 400-acre (1.6 km2) park is currently owned by Cedar Fair Entertainment Company, and was part of the former Paramount Parks chain that Cedar Fair acquired from CBS Corporation on Jun 30, 2006.

The park was named after its sister park, Kings Island in Kings Mills, Ohio, which opened in 1972.

Kings Dominions name was more than likely a reference to Virginias nickname as the Old Dominion.

It offers a full day of fun with more than 50 rides, seven roller coasters, live family entertainment and a 19-acre water park.

It is known to have some of the best roller coasters in the east coast.

The amusement park is very crowded on the weekends and because of its central location in Virginia. If you can plan to visit on a weekday, the lines are usually shorter.

International Street is the parks main street area, which greets guests when they enter the park. Both sides of the street are lined with shops, including two park-related souvenir shops just inside the parks front gate.

* Action Theater motion simulator attraction has been open in the park since 1993.
* Dominator (opened 2008) is a floorless roller coaster built by Bolliger and Mabillard.

Along with International Street, Old Virginia is the only original section of Kings Dominion that has kept its same name throughout the parks history; one of its current attractions, the Shenandoah Lumber Company (Log Flume), is one of the parks longest-running rides.

The Grove, which opened with the park in 1975 as Coney Island, was renamed Candy Apple Grove, and is currently Kings Dominions largest section.

Congo is Kings Dominions westernmost and predominantly African-themed section. It was inspired by one of the parks original attractions, the Lion Country Safari.

WaterWorks, Kings Dominions water park, can be thought of in terms of its two sides, Northside which was formerly known as Hurricane Reef, and Southside which is the newer section of WaterWorks.