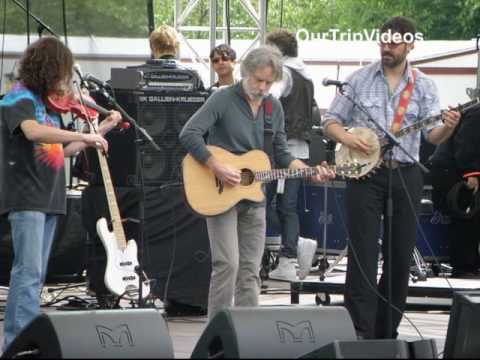 Earth Day Network was founded on the premise that all people, regardless of race, gender, income, or geography, have a moral right to a healthy, sustainable environment. Their mission is to broaden and diversify the environmental movement worldwide, and to mobilize it as the most effective vehicle for promoting a healthy, sustainable environment. They pursue their mission through a combination of education, public policy, and consumer activism campaigns.

The organization has a global reach with a network of more than 20,000 partners and organizations in 190 countries.

EarthDay.org is the digital action center for individuals and groups who want to organize around the common message of progress and sustainability for Earth Day and beyond.

Through the Global Day of Conversation program, Earth Day Network is working with more than 370 mayors and locally-elected officials and their constituents in 39 countries to discuss and exchange ideas on the issues of climate change and community sustainability. New York City Mayor, Michael Bloomberg and Las Vegas Mayor, Oscar Goodman are among the officials leading environmental dialogues with their constituents.

On Earth Day, The Kingdom of Morocco will also announce an unprecedented National Charter for Environment and Sustainable Development, the first commitment of its kind in Africa and the Arab World.

More than one billion people globally will observe the 40th anniversary of Earth Day, taking part in events and rallying to call for action on climate change. In Washington, D.C., members of Congress and leaders from the faith, labor, civil rights and business communities will gather on the National Mall for a 40th anniversary event. Around the world, Earth Day Network and its partners are orchestrating large events in New York City, NY; Rabat, Morocco; Kolkata, India; Buenos Aires, Argentina and Tokyo, Japan for Earth Day.

In Washington, D.C., the epicenter for the first Earth Day in 1970, Earth Day events on the National Mall will once again act as a rallying point for the nation. Activities for Earth Week conclude with The Climate Rally on April 25, when global thought leaders, elected officials, Olympic athletes and celebrities including NFL player and television personality, Dhani Jones; AFL-CIO President, Richard Trumka; film director, James Cameron; Olympic gold medalist, Billy Demong; producer, Trudie Styler; Reverend Jesse Jackson; author, Margaret Atwood and many more will bring the 40th anniversary of Earth Day and the issue of climate change to an international stage.

It is time to stop protecting polluters and enact comprehensive climate legislation that will create American jobs, cap carbon emissions and secure our nations future. Join them, as they demand accountability from Washington this Sunday at the Climate Rally on the National Mall.