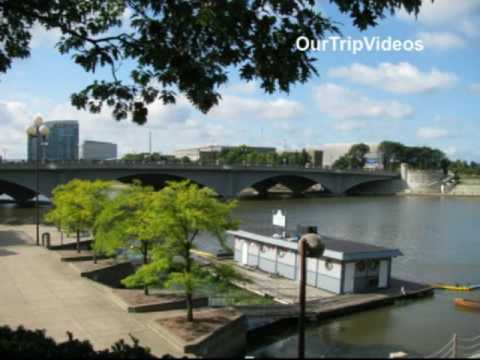 Columbus is the capital of the American state of Ohio and is located centrally within the state in the Mid-Ohio region. It is the home of The Ohio State University. It is the states third largest metropolitan area, behind Cleveland and Cincinnati.

Named after the Italian explorer who sailed under the Spanish flag (In 1492, Columbus sailed the ocean blue).

Fortune 500 companies headquartered here (Cardinal Health, Nationwide Insurance, Limited Brands, etc.). It is a days drive from one half of the U.S. population and is located at the intersection of I-70 and I-71.

Generally arranged in a really big wheel, Columbus is the central hub to many nearby cities including (clockwise from the north): Detroit, Cleveland, Pittsburgh, Cincinnati, Louisville, and Indianapolis.

Sited in an area where the Rust Belt, Bible Belt, Appalachia, and the Plains meet, Columbus is a fusion of many different part of America.

The Ohio Supercomputer Center (OSC), is projected to be one of the top 50 supercomputers in the world and among the top 10 supercomputing academic centers.

COSI(Center of Science and Industry), 333 West Broad St,. COSI is an amazing museum, where kids will want to stay forever because of the cool and interactive science and technology exhibits. Adults love it, too. The building itself is a massive elliptical building, directly across the Scioto River from Downtown. It was built around Central High School.

Franklin Park Conservatory Beautiful sculpted gardens and indoor biomes make up this spectacular site. The conservatory hosts various exhibitions (such as Blooms and Butterflies each spring with live releases) and has a collection of Chihuly glass. General William Tecumseh Sherman gave his famous "War is Hell" speech here.

Ohio Statehouse, downtown at the intersection of Broad and High streets,. This is the Ohio Capitol building, built in pre-Civil War time. It still houses the state legislature. It is open for browsing and they offer free tours daily.

The American Whistle Factory 6540 Huntley Rd. The only manufacturer of metal whistles in the United States.