Page:    Pictures 1 to 0 of 0
America East to West. We visit, We record, We present, You Enjoy! More
* These are 7 yrs old memories. People may change, feelings & memories don’t * 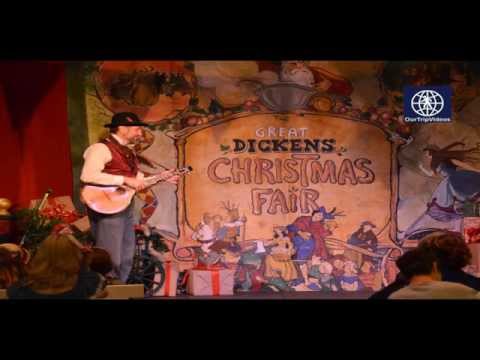 The Great Dickens Christmas Fair is a one-of-a-kind holiday adventure into Victorian London - an elaborate party with hundreds of costumed players performing and interacting with patrons in over 120,000 square feet of theatrically-lit music halls, pubs, dance floors, and Christmas shops.

Dozens of lamplit shops are filled to overflowing with Christmas gifts. The Dickens Christmas Fair is a treasured Bay Area tradition since 1970 and a splendid way to celebrate the holidays.

Enter the world of Charles Dickens and revel in a Victorian London where it is always Christmas Eve and the streets resound with celebrations of the Season! Lively calls of street vendors ring out above the crowd and mingle with holiday carolers; tempting aromas of roasted chestnuts and hearty foods fill the air; enticing shops overflow with one-of-a-kind Christmas gifts.

To recreate old London town, they transformed over three acres of vintage exhibition halls. Hundreds of costumed characters from genteel to boisterous bring the town to life and interact with patrons.